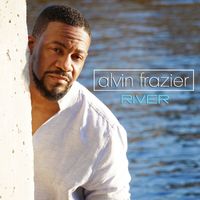 A precautionary tale about being a lover on the run for fun until you meet your match. There are those who hit the scene on the weekend looking for a "good time" not wanting anything serious. Eventually you may come across someone else who like to be on top and before you know it she's got you wide open. You should've listened to your father...

This song came to me during one of my many evening walks during the shutdown of 2020. There wasn't much else to do then. I wanted to do something a little edgy for once in my life. Love happens in different ways and in some of the most interesting of circumstances like after having a love scene in the hallway of a club with a stranger. I debated about this idea quite a bit not knowing what people would think. I allowed my artistic creativity to take over and began working out the story.

The track was a banger at the outset with the drums alone! Everything just fell into place. Wasn't sure if I would keep the long intro but it really seems to not only set up the song but the album as well. Sounds like an opening sequence to a film to me!

From the moment I saw you
I just couldn't take my eyes off of you
I guess I was caught up
A fine sexy thing, I ain't ashamed to admit it
I had to get to know you
Your energy was drawing me like a trance and pulling me close, it wouldn't let go

Its like that were up against the wall
Loving in the hall, holding on with all our might
That 's right, not thinkin' 'bout tomorrow
Can your body I borrow, Because we've only got tonight,
Don't fight, I'm feelin' what you're feeling
Tension's up to the ceiling
I feel this thing about to ignite, take flight
Don't hold back for a minute, this may not be extended
Because we've only got tonight

The way that we're grinding your body on me
You had a brotha thinking
That I needed a sip of something strong and I ain't even the one to be drinking
It's safe to say, you had total control over my being
Without you, I ain't leaving.
CHORUS (same as above)

About a week later sittin' back up in the crib
Thinking how bad that I need it
No phone number, last name, I was only supposed to hit it and quit it
Now I'm jonesin' for more of that good love
But I'm never gonna get it
Shouldn't of never did it but because.