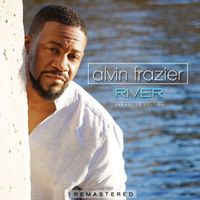 From the recording RIVER (Expanded Edition)

I am a sucker for tender love songs and this not only allowed me do one but also to do it in the style of one of my favorite groups The Isley Brothers. It was initially written with them in mind but I was unable to make a connect to submit it. There is a demo where I sang in the vocal style of Ron Isley and I have to say it was a pretty dead on impression. I think Mr. Isley would've been pleased.